Everyone considers a yacht to be a luxury that is attributed to the stinkingly rich. But not everyone knows that yachts were invented as far back as the 14th century.

Yachts were used first by the Dutch. They were designed in the 14th century to chase pirates, criminals, and smugglers because they were small and fast.

A Yacht or a boat? 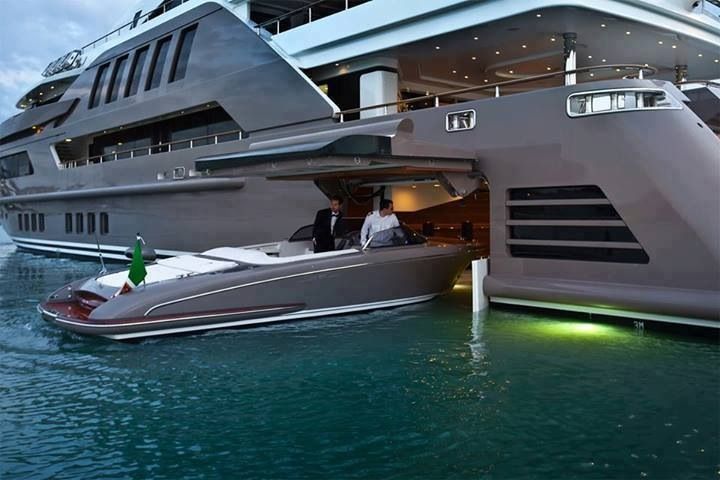 A yacht can be a larger, recreational boat or ship. The word “Yacht” comes from Dutch origin. It was originally defined as a light and the fast sailing vessel used by the Dutch navy to find and capture pirates.

A boat, on the other hand, is smaller in size and can be anything from a fisherman’s boat to a sailboat.

Prices of Yacht in South Africa

These are the estimated prices of yachts in South Africa.

History of the Yacht

Charles II, king of England, Scotland, and Ireland, also known as the world’s first yachtsman was overthrown and on exile in 1651. On his return to the throne, celebrated by the city of Amsterdam, he was presented with a 60’ yacht named Mary along with a crew of 20 people. Charles II, who studied navigation and naval architecture went ahead to build up to 20 yachts in his lifetime.

Charles II influenced his brother James, Duke of York, by his enthusiasm for yachts who soon joined him. These two birthed the yacht-racing sport when they organized a 40-mile race regatta in Thames, England. Charles at the helm of Katherine, his newly constructed yacht and James the Duke of York’s Anne in which Katherine won the race. Since then the yacht racing trend was birthed.

This became the Sport of Kings for over a hundred years. In the 1800s, the world’s wealthiest aside from the crown heads of Europe joined in the trend and Yacht Clubs began to form. One of such was the most famous of all the English yacht clubs in June 1815.

Forty-two gentlemen interested in yachting came together to form a yacht club known as The Royal Yacht Squadron which was founded in the Thatched House Tavern in St James’s, London.

Very soon, the rich business owners and merchants of that time started to use yachts to celebrate their ships as they returned from voyages, this new development gradually changed the trend. Not long after this, the more privileged began to use yachts to take their loved ones out for fun and pleasure.

What are luxury yachts?

A luxury yacht or a superyacht is a crewed yacht, owned by the world’s richest people. These people enjoy pleasure and luxury and its exclusive privacy. Luxury yachts have become very popular over the years as the extremely wealthy continually find new ways of self-expression.

Luxury yachts are yachts that are over 24 meters in length. The average size of the more recent varieties being between 40 and 50 metres. Although, recently there have been yachts that have been built to surpass 100 meters.

How much does a Yacht cost?

Owning a yacht is like owning a private jet to explore the world on water. You can take in the full experience of the adventure with all kinds of views of the choicest destinations.

In other words, yachts can be said to be bragging rights. They can come as expensive as between $40 million to $4.8 billion, which is the world’s most expensive yacht. It was purchased by Malaysia’s richest man – Robert Kuok.

Such luxurious expeditions come with a captain, a private chef, a hostess who prepares the food and drinks. It is often a full-service 5-star escape with pool parties and rub-downs. There are only a few things more relaxing than a massage on a yacht sailing through calm seas.

How to Buy a Yacht

Today, yachts are nearly always meant for leisure, as the ones prevalent today are often termed “luxury yachts”. These luxury yachts became a trend at the beginning of the 20th century as the rich and famous started owning them for personal pleasure.

It is interesting to note that there was a time when there was not much difference between a boat and a yacht as regards its weight, size, and style. There are many factors to be considered before selecting a yacht, and we are not even considering the interior decoration yet.

Some of them include:

If it is a motor or sailing yacht. What is high-speed performance? What are the size restrictions of the places you need to access? What is the guest carried capacity? This is also known as the number of guests cruising onboard and sleeping on board.

Other things to consider are maintenance issues. Are the parts of the yacht you intend buying readily available in the intended cruising areas? Would yet accommodate a suitable number of crew to match your service expectations?

After all these have been considered, work with a yacht broker, to search and select a yacht in any of the boat shows around you. Once a suitable yacht is found, a formal offer is made by the buyer. This offer is presented by your broker on an industry-standard contract to buy the yacht.

If the seller accepts to sell the yacht, a survey that may take about 14 days is carried out on the mechanical, electrical, and electronic equipment of the yacht. The cost of the survey is paid by the buyer to test the current vessel condition, and precisely how much the yacht will cost to maintain in the next few years.

During or after the survey, a sea trial of about four hours will then be carried out. This is necessary to verify the cruising and maximum speed of the yacht.

Finally, after a successful survey and sea trial, the buyer submits a written acceptance of the vessel. A payment plan can be determined and carried out.

This post has provided you all the necessary information about the cost of a yacht in South Africa. If you have any questions, drop them in the comments section.