Boxing is one of the most loved sports in South Africa, with some of the greatest boxers in African history coming from the country.

With an array of boxing stars, selecting the top 10 can be an invitation to arguments as opinions differ. Nevertheless, there are several factors that can be used to compose a decent list such as calibre of opponents, longevity, talent and stamina; and with these in mind, we present the top 10 South African boxers. 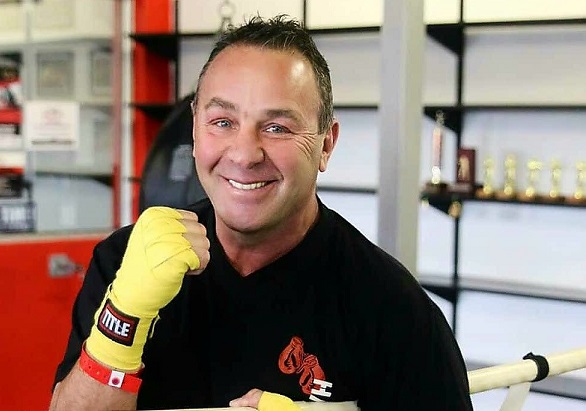 Many consider Brian Mitchell to be the best South African boxer of all time even though this is still subject to debates. There are many reasons why we rank him ahead of other boxers and the foremost criterion to consider is his longevity, having lost only a fight and drew three out of the 49 fights of his 14-year boxing career.

He achieved so much including: winning the both the WBA and IBF belts, holding the WBA strap for five years and making 12 successful defences, as well as training his compatriot, Cassius Baloyi, to win a world title. Owing to his many successes in the ring, he was inducted into the International Boxing Hall of Fame in 2009.

In conversation for who ought to be the top boxer in South Africa, some argue that Vic Toweel (nicknamed Benoni Atom) deserves the number one spot and they have their reasons too. For example, he was South Africa’s first world champion and he achieved it in his 14th fight by defeating a much experienced Manuel Ortiz in May 1950.

At that time, he was a pro for barely two years and had even lost in the first round at the 1948 Olympic Games. Sadly, his shining career was short-lived as he suffered two disastrous defeats against Jimmy Carter. Nevertheless, it is generally agreed that his fight and winning is one of the best in the history of SA boxing.

Nicknamed Baby Jake because of his height which was just 4’10”, Jacob Matlala made some notable achievements during his career. For starters, he was the shortest boxing world champion ever, amassing 53 wins and 2 draws out of his 68 fights.

He was WBO champion at light fly and flyweight all through the period of his 22-year career. At the end of his career, he had 4 championships and even presented the WBU belt to Nelson Mandela, who was present at ringside during his fight against Juan Herrera.

Gerrie Coetzee was undoubtedly one of South Africa’s best heavyweights, a title he clinched in 1983 to become the first boxer from the African continent to do so. Prior to the fight against Michael Dokes which he won, he had lost two title fights against John Tate and Mike Weaver.

However, he does not score high in longevity as his reign was abruptly cut short by a controversial defeat against Greg Page who knocked him out in Round 8. For a larger part of his career, he had problems with his right hand which was operated upon 23 times. Nevertheless, his heavyweight win created history which cannot be erased.

Vuyani Bungu was an underdog who pulled off a shocker by becoming a world champion. The spotlight beamed on him when he ended Kennedy McKinney’s unbeaten record in 1994 to win the IBF super bantamweight title on home soil in South Africa.

The fight was a surprise and a discussion that lasted for several months; hence it was named Upset of the Year by The Ring magazine. His 18-year career comprised 37 wins and three losses. After 13 title defences, he relinquished the tile to move up to featherweight but the attempt was unsuccessful.

Very few South African boxers can boast of talent like Dingaan Thobela which he proved by winning two-weight world championship titles over a career that lasted about than 20 years. He won the WBO and WBA titles seven years apart which is a rare feat in boxing.

His second title-winning fight was against Tony Lopez in 1993 after he which he switched divisions and won the super middleweight when he knocked out WBC champion Glenn Catley in Round 12. He might have been very talented but many pundits believe he wasn’t dedicated enough which is probably why his career ended with a run of seven defeats.

Willie is the second member of the Toweel family to appear in our top 10 and his campaign was in the days of eight world champions, an arrangement which was in his favour. He won the championship titles at four different weights – bantam, feather, light and welterweight.

He also won an Olympic bronze medal in 1970 but all of these did not increase his ratings since he never won a title. Nevertheless, he had an impressive career of 46 wins, six losses and two draws.

A champion at both lightweight and welterweight, Laurie Stevens scores well in all category, including winning the Olympic gold medal. He probably would have won a world title if not for the World War II which took away about 5 years off his 14-year career.

He makes it to the list because of his success at the 1932 Olympics as well as his two wins against world champions, Petey Sarron and Jack Kid Berg.

Corrie Sanders career spanned more than 20 years but his greatest moment was when he squared up against Wladmir Klitschko. Interestingly, the fight almost never happened because Corrie was considering retirement after a disappointing defeat from Hashim Rahman in 2000.

His decision to continue fighting paid off when he knocked out Wladmir in two rounds which was considered one of the biggest upsets in heavyweight boxing history. He vacated the WBO title to fight Vitali Klitschko but it proved to be a wrong move.

Also known as Sugar Boy, Thulani Malinga takes the tenth position due to the calibre of opponents he faced in his time which was widely considered a golden time for the super middleweight division. He won the WBC title but lost it in his first defence against Vicenzo Nardiello in 1996. Although he regained it the following year, he later lost it again to another Englishman in 1998.