South Africa has been long recognised as the continent’s home for sensational and creative jazz music since the 1950s. Today, South African jazz music is still revered in cultures around the globe and has brought inspiration to many. 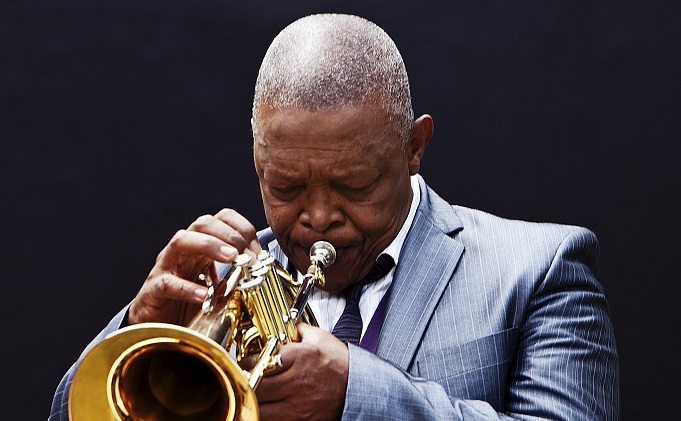 The new generation jazz musicians are carrying the legacy forward while bringing a new flavour to the genre. These are the top South African jazz artists.

Hugh Masekela was a resonating name in global music that has been described by many as “the father of South African jazz.” Born in 1939 in Witbank, South Africa, he built his reputation as an incredible flugelhornist, trumpeter, bandleader, composer and singer from where he also became an international sensation. He was also known for his political stance which he expressed in his anti-apartheid songs.

Masekela left South Africa for New York at age 21 on what would be a 30-year exile but his departure brought more spotlight to him as within a short while, he was in the company of Jimi Hendrix, Janis Jplin and The Who. His career sparkled because he maintained the African style instead of flowing with American influences.

Born as Adolphy Johannes Brand and formerly known as Dollar Brand, Abdullah Ibrahim was a jazz pianist with a talent and artistic complexity that’s rare. His style of music reflect many cultural influences and are often like a story gradually unfolded via dense, expressive and uninterrupted sounds.

The Cape Town of his childhood had many influences on his music while more modern and western styles can be noticed in mystical world of sounds he created. He was also a fighter against racial discrimination, especially through his “Mannenberg” track which became a popular anti-apartheid theme.

Born in 1932, Miriam Makeba is one of the finest jazz artists to come out of South Africa. She was the first vocalist to put African music onto the international map in the 1960s which earned her the nicknames “Mama Africa” and “Empress of African Song”.

Although she went through several challenges because of her anti-apartheid advocacy via her acting and singing skills, her dynamic tone and resonant vocal tone gave her incredible success. She released many hits singles but none is as popular as “Pata Pata” which she released in the 1950s but is still known all around the world.

After some unsuccessful attempts at music in South Africa, Caiphus Semenya relocated to the USA in the 1060s where he finally achieved success when he recorded the song for the movie “The Colour Purple.”

Like Hugh Masekela, he retained his style of music from which he built a solid reputation as a musical director and composer. His stay Los Angeles brought him into close contact with artists like Nina Simone, Cannonball Adderly and Lou Rawls. He was also credited for the Swahili chant used in the intro into Michael Jackson’s “Liberia Girl”.

Born into a humble family in Cape Town in 1936, Sathima Bea Benjamin is a popular name in the jazz world that went from competing at contests to performing at social events and nightclubs. She spent nearly 45 years in New York City after which she returned to South Africa and became an icon in Cape Town’s jazz scene.

Artists like Ella Fitzgerald and Nat King Cole played vital roles in her musical career and notably among them is her husband, Abdullah Ibrahim, the great South African pianist and jazz artist. She remains the standard for other upcoming female jazz singers.

South African jazz trumpeter and flautist, Mongezi Feza was born in 1945 in Queenstown, Sotuh Africa. He was one of the members of the Blue Notes but left South Africa for Spain where he settled in the 1960s. His music reflected influences of figures like Clifford Brown and Don Cherry as well as Robert Wyatt.

Although he released some compositions like “Sonia” and “You Ain’t Gonna Know Me (Cos You Think You Know Me)”, his career was cut short by untreated pneumonia in 1975, leaving behind a lyrical, musical treasure.

Basil Coetzee (affectionately known as Manenburg) belonged to the generation of musicians that helped shaped South African jazz. His love for music started from childhood when he developed an interest in drums and later flute before he finally settled for saxophone.

His first recording was with Abdullah Ibrahim on the album entitled “Manenburg – Where It’s Happening” from which Coetzee adopted his nickname. His music has been described as a mixture of jazz and imported hard bop style from the USA.

Dudu Pukwana was a renowned South Africa saxophonist, composer and pianist (even though he only played piano at the beginning of his career.) He made the switch to saxophone when he met tenor saxophonist Nikele Moyake, a change that defined his musical career.

He joined many groups during his career including the Blue Notes and the Brotherhood of Breath. The peak of his career was playing at the Nelson Mandela Tribute in 1989 at Wembley Stadium.

Johnny Dyani was a pianist and double bassist and also one of the members of the first integrated jazz bands known as the Blue Notes. He started in the traditional choir but soon developed keen interest in the bass after which he ventured fully into jazz music.

Like many other jazz artists, he fought against the apartheid regime and played with other notable musicians like Don Cherry, Steve Lacy, David Murray, and Leo Smith.

Dorothy Masuka was not just one of the top South African jazz artists but also one of the most fearless. Born in 1935 in Zimbabwe, her family moved to South Africa at the age of 12. Her talent and voice was soon noticed at school and by 19, she was already touring South Africa with other popular artists in the country.

She sang her way into the hearts of many South Africans and soon became popular due to her songs which opposed racial inequality. Consequently, her songs were banned by the apartheid government after which she went into self-exile.