The music industry in South Africa is very dynamic and has undergone several changes to become what it is today. There are many genres but one of the most versatile is hip-hop which has also grown to become one of the country’s exports to the continent and the world at large. The hip-hop genre boasts an array of stars but here are the top 10 South African hip-hop artists. 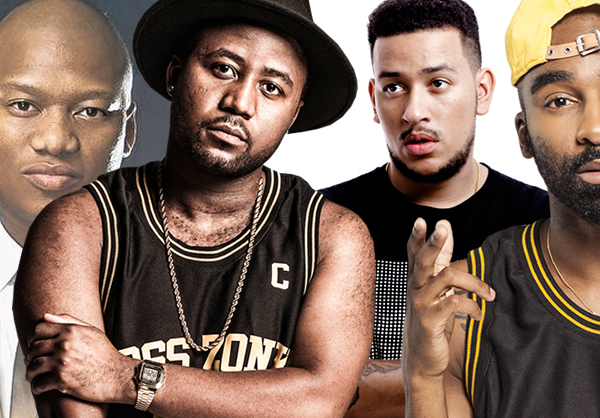 Nsikayesizwe David Junior Ngcobo better known by his stage name Nasty C is one of the top South African hip-hop artists right now with many hits tracks to his name like “Hell Naw”, “No Permission”, “Way it Go”, “Jiggy Jigga” and many others. He made a strong statement when he released his first mixtape entitled “One Kid a Thousand Coffins” and has worked hard to become a favorite of hip-hop lovers in South Africa and around the continent.

His works have gained international recognition and won him a strong fan base beyond the borders of the country. Some of the awards he has received over the years are Metro FM’s Best New Artist, Song of the Year and Best Hip-hop Album.

Kiernan Jarryd Forbes commonly known as AKA is another top South African hip-hop artist, record producer, and businessman. AKA got a foretaste of the spotlight when his song “Victory Lap” won the Channel O’s Most Gifted Hip-hop Video in 2011, which is one of several other awards he received in the same year.

He has amassed several achievements in the industry to become a favorite hip-hop artist such as the wins at AFRIMMA awards in the US and headlining the BET Experience in Johannesburg along with some select US superstars. He was also awarded the Best African Hip-Hop by Sound City. He has released three albums with the latest being “Touch My Blood.”

Cassper  Nyovest is one of the top award-winning hip-hop artists in South Africa at the moment and he’s proven that he has what it takes to remain relevant on the musical scene. Apart from hip-hop music, Cassper is also an incredible rapper with many rap tracks to his name. His venture into music with his debut studio album, “Tsholofelo” in 2014 was an instant hit that received massive airplay across the country.

He now hosts a concert tagged “Fill Up The Dome” and has filled up FNB stadium, while also extending the reach of this talent to Europe. He is a regular winner at the SA Hip-hop Awards.

The music industry might be hard to break into but not for Kwesta whose unique style and his clear, not-to-be-tuned voice have raised the level of standard and challenged the perspectives of most rigid hip-hop fans.

Fully known as Sezo Mfundo Vilakazi, Kwesta’s rise started in early 2010 when he was selected to be the brand ambassador performing as the headline act in preparations for the FIFA World Cup. Today, Kwesta has become a household name and proved his onions at the SA Hip-hop Awards 2018 where he emerged the biggest winner ahead of Nasty C and Cassper Nyovest.

Mzayifani Mzondedeli Boltina, popularly known as iFani is largely known by South Africans for his rap skills as well as being a comedian. The hip-hop artist who lives in Port Elizabeth gained fame from his “Ewe” single which was well received by the public after which he went ahead to release two albums, one of which achieved gold status barely 24 hours after release. His upbeat tracks and off-beat vintage style are part of the ingredients of his music that has continued to thrill his fans.

Nadia Nikai also known by her stage name Queen Bragga is one of the few popular hip-hop artists from South Africa. In an industry largely dominated by males, Nadia has carved a spot for herself as a talent that should not be overlooked and is now an inspiration to other aspiring female hip-hop artists.

Her golden moment on the musical scene was when she featured Cassper Nyovest in a single which made her fans go wild. Nadia has also made some impressive achievements including being the first female in 2019 to fly Mzansi flag at the Southwest festival in Austin, Texas.

Die Antwoord is a group of incredible talents made of Yolandi Visser and Ninja. The duo joined forces in 2008 in Cape Town to win the hearts of South Africans and they did achieve their aim – right from the first track they released in 2009.

Their stage name is an Afrikaan term meaning “answer” and they own the Zef Records label. Today, Die Antwoord is one of the biggest exporters of South African music by headlining several international tours in Europe and other parts of the world.

Khuli Chana is a name that’s been around for more than a decade and still feeding South Africans with good music. The hip-hop talent was once a member of the Morafe group but achieved stardom from his personal efforts.

One of the selling points of his music is that he raps with South African vernacular languages, a feat not so common among many hip-hop artists. His collaboration with Nigerian star, Patoranking, gave him the much-needed break into the music scene of the continent.

You think the days of hip-hop are long gone and what’s left is the commercialization of the genre? Then you need to listen to Shane Patrick Hughes popularly known by his stage name Shane Eagle. If you want to dissolve your doubts, listen to his track “Cutting corners” but that’s is on the condition that you follow the prescription up with his entire “Yellow” album which many consider as one of the greatest hip-hop albums from South Africa.

Kid X is known for his unique blend of music which bridges the gap between modern hip-hop and traditional Zulu music. Fully known as Bonginkosi Mahlangu, Kid X is one of the fascinating artists who aim to come up with something original, and this has made him a talent many artists will like to feature on their track.