The Toyota RAV4 comes with a handful of great auto industry features. The Toyota RAV4 is a test by which Toyota planned to fizzle out of their diesel-powered passenger cars by the end of 2018. This test by Toyota is also intended to produce the best fuel economy for its vehicle users.

Overview of the RAV4 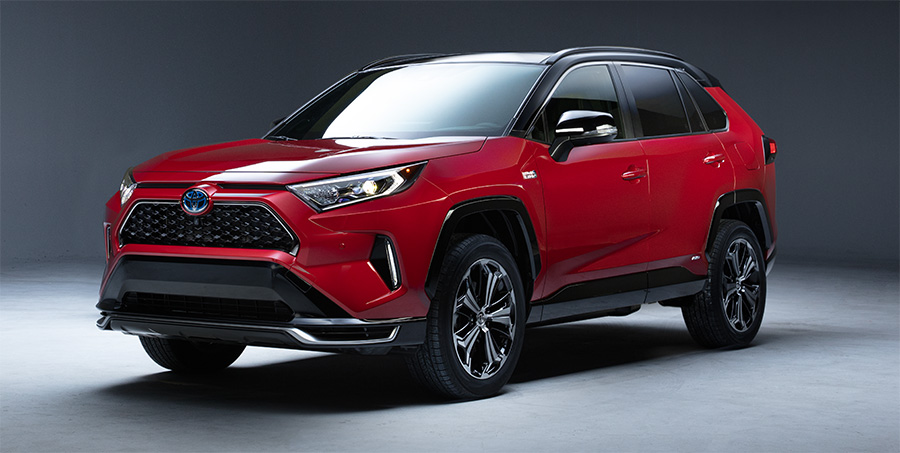 The new RAV4 model latest design boasts an aggressive and modern exterior, with its stylish wheel-arch covers and a big grille.

The RAV4 is a 5-seater. Its new model can accommodate more cargo in its bigger rear space. Although it is shorter, it is wider with increased interior space and has a longer wheelbase.

One of the proud features of the RAV4 is more performance for less fuel consumption. Its combined 2.5-litre engine and an electric motor give a boosted power and torque on low consumption numbers.

If you want more than a car that will take you back and forth your destination, then the 2019 RAV4 is the car for you. A remarkable high-efficiency All-Wheel-Drive (AWD) torque, and a Multi-Terrain Select system that allows drivers to optimise the drivetrain for a range of off-road conditions. Also, the AWD system will release half of the available torque to power the vehicle in the event of rear wheels traction.

The interior design of the Toyota RAV4 2019 is one of its strongest selling points because it comes with a large infotainment screen and rectangular units with updated dashboard design.

The RAV4 2019 comes fully loaded for entertainment and staying in touch: in-vehicle WiFi, Apple CarPlay and hands-free Amazon Alexa, standard Entune 3.0 audio system with a 7-in screen on top of the centre stack to interface with all these features.

This is a summary of the average prices of the RAV4 in South Africa.

History of the RAV4

RAV4, an abbreviation for Recreational Active Vehicle with 4-wheel drive) was a bridge between traditional terrain drivable and regular passenger vehicles. Its first presentation was in 1989 when the RAV Four concept was showcased at the Tokyo Motor Show and remodelled for the 1993 show.

The first-generation RAV4 was launched into the domestic market in May 1994 as a two-door, four-seater with a 2.0-litre 16-valve four-cylinder 3S-FE engine. This engineering offered permanent five-speed manual or four-speed automatic gearbox four-wheel drive transmission. The car was widely accepted commercially, and productions were doubled.

In its first-generation model, the rear passenger space and luggage carrying space seemed inadequate to some of its users, this was addressed in a four-door model in March 1995, the overall length increased to 400mm and the RAV4 was transformed into a full five-seater.

In January 1996, the RAV4, after its domestic launch, was made available in the US. This availability carried a number of revisions that had been applied over time. Later that year, an electric RAV4 EV model was engineered and produced in compliance with California’s zero-emissions vehicles mandate, a notable innovation with a superior nickel-metal hydride (NiMH) batteries that gave it 100-120 miles per 5-hour charge.

In 1998, features such as improved safety, more engine power, and enhanced refinement were added. Such features were the crystal-style headlights and rear lenses that gave it a more sophisticated face.

The Different Trims and Engines of the RAV4

The newer generation of the RAV4 is offered with two higher output petrol engines and three trim grades including GX, GX-R Adventure and the range-topping VX trim.

The RAV4 GX is the entry-level trim whereas the GX-R Adventure comes with the all-wheel-drive capability and rugged styling. The VX trim great is built for luxury in mind. There are a total of five RAV4 byproducts in South Africa. The first of the range is the RAV4 2.0 GX 6-speed manual transmission. It is power by a 2-litre petrol engine with 127 kW 207 nm of torque. Also offered is a RAV4 2.0 GX CVT variant. It is also important to note that RAV4 will no longer be released with diesel engines, and the new RAV4 Hybrid will not be available in South Africa.

They RAV4 2.5 VX is another variant which is powered by a 2.5-litre petrol engine with wonder and 52 kW and 250 nm torque, this version is exclusively and 8-speed automatic transmission.

Where to buy Toyota RAV4 in South Africa

You now have the different variants and prices of the newest Toyota RAV4. You can Visit Toyota South Africa for more details.

You can also walk into any of the under-listed Toyota dealerships where you can see the various models firsthand.

It is very important to be cautious when buying from any dealer. You can also visit here to locate a dealer nearest to you if you cannot find a close one on the above list.

This post has presented to you why the Toyota RAV4 is a good buy. You also now know where you can make a purchase, and the various models and their prices.