What comes to mind when you hear the name Porsche? Of course, it is luxury cars with really eye-catching designs and top-notch functionalities. Porsche cars are high-end which means that they are usually bought by people with lots of cash.

The Porsche 911 is one of the latest models from Porsche that was introduced into the South African auto market. In this post, we will discuss the different variants of this model as long as their specs. 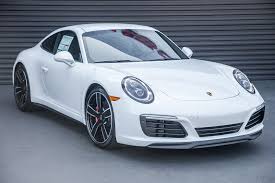 Want to learn more about the Porsche 911? Continue reading to the end.

Prices of Porsche 911 in South Africa

By now, you must know that Porsche cars are very expensive. This shouldn’t be strange considering the fact that Porsche is meant for luxury. This year, new models of the Porsche 911 were introduced to the market and the major selling points are the design of the tail and headlights.

As you would have expected, the new Porsche 911 is designed to be more dynamic and a lot faster than its predecessor. It has wider tracks which stand at 45mm. In addition, the rear houses 21-inch wheels while the front has 20-inch wheels installed.

To ensure that the car looks sleeker, it now has flush door handles that are electric in nature. The initial models of the 911 released into the market are the Carrera S and Carrera 4S. Even though the torque figures haven’t been released yet, it is clear that these cars are amazing in function and design.

The Carrera S model can hit 100 kph within just 3.5 seconds and its counterpart will do the same with just 3.4 seconds. If you like to go fast, then any of these cars would be your best bet. While the 4S can hit 306 kph, the S model hits 308 kph.

Both models of the Porsche 911 have installed a new driver assistance feature which includes optional Night vision and wet mode assist.

So to the price of this amazing car in South Africa, check out the prices below:

Please note that the above prices are just estimates for the new Porsche Carrera series. This means the prices could be more or less depending on the vendor and location.

If you prefer to buy a used Porsche 911 in South Africa, then you can visit any of the used car vendors in the country. You can either visit their websites or go to their physical locations.

Here is a list of some of the used Porsche 911 cars with their estimated prices in South Africa.

As we said earlier, these are just estimates, you can get cheaper or costlier prices depending on the vendor. It is, however, important that you should check all the necessary factors when buying a used car. This will save you a lot of unnecessary problems when you begin to use the car.

There are several reasons why you need to buy any of the models in the Porsche 911 series. This series has been in existence for several decades, the first time it appeared was in the 1960s. The new models of the 911 are designed to have better looks and performance than their predecessors.

Here are the reasons why you should buy any of the Porsche 911 cars:

As much as we love the Porsche 911, there are a few cons which. By the way, they are very few and not really cons for everyone. Let’s take a look at some of them below: