In every country, the Police Force is a major element of the economy and well-being. Wondering why? It is because the police maintain law and order as well as protects citizens from criminals.

The South African Police Service (SAPS) is one of the biggest employers of labor in the country. There are over a thousand police stations scattered around the country, divided by provincial borders.

As a South African, there are certain requirements you must satisfy to be drafted into the Police Force. Most people will want to know about the ranking and salary structure of the police before joining. 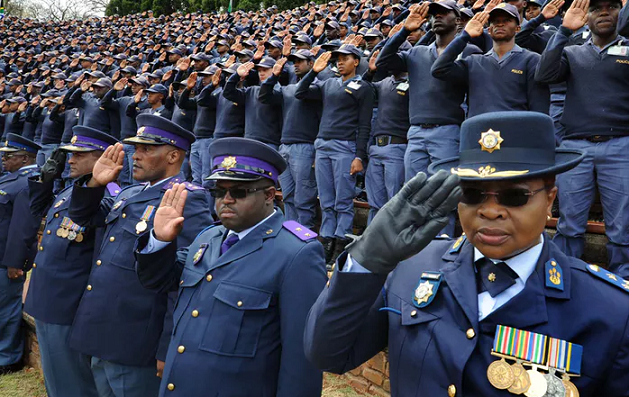 In this post, we will be looking at these issues as well as other pieces of information regarding the police force in South Africa.

As we have told you earlier, there are more a thousand police stations in South Africa spread across the different Provinces in the country. The current system of ranking was adopted by the South African Police in 2010.

Each of the provinces has a commissioner to oversee the affairs of that region. All of the commissioners report directly to the national commissioner. The structure is divided into two broad groups which include:

We shall discuss each of these positions in detail below:

As you would expect, this section covers the highest ranked police officers in the South African Police. The group is divided further into four categories.

Let’s take a look at the positions in this region of hierarchy.

You probably know this already, this section is made up of the lowest ranks in the South African Police. The officers here include:

South African Police Salary: How Much Do Officers Earn?

The key reason why any person would take a job is remuneration, let’s forget the fact that people say it is not about the money. As a recruit undergoing basic training and induction, you will receive R4,500. After this stage, officers are paid based on rank and experience which form the basis of the wage bands.

The recent and current salary structure has not been revealed by the South African Police since 2016. However, here is an estimated salary range for police officers in the country.

This is all you need to know about police ranks and salary in South Africa. By now you must be inspired to join, if you are, then you can visit the recruitment website here.