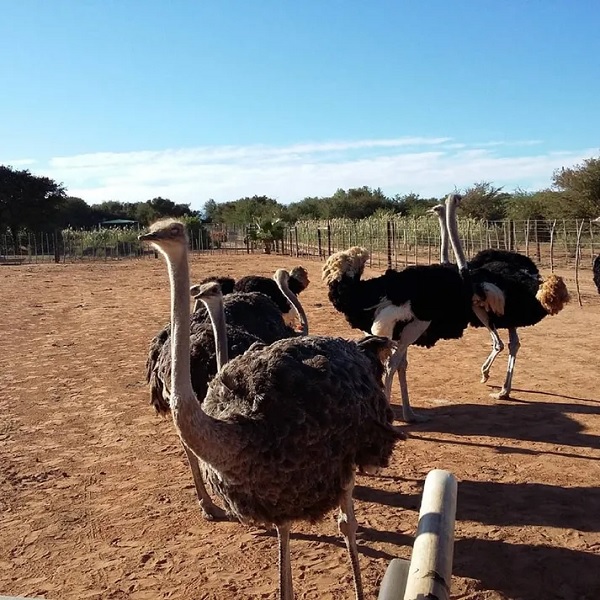 Fast-forward to the 1860s, people began to indulge in ostrich farming. This was more predominant around the arid regions of the Eastern Cape and Karoo. The birds were more adapted to the open dry land of these inland areas. By 1865, in the whole of South Africa, there were just 80 tame ostriches. However, there was a very quick increase in the number of ostriches in the country. This was because of the use of incubators which had become very popular at the time.

In just ten years, the number of tame ostriches had risen from 80 to over 32,000. As a result of this, South Africa became the only provider of ostriches and their products worldwide. This happened for several decades and during this period, strict laws were preventing the exportation of live ostriches.

Soon, the demand for ostrich products, especially the feathers for the world fashion industry couldn’t be satisfied by South Africa. This led to several other countries indulging in ostrich farming such as Australia and the United States. The industry collapsed after the First World War and things remained like this until the Second World War.

Producers of Ostrich in South Africa

Some of the Ostrich farms in South Africa include:

There is something you need to know about Ostrich farming, it is a very high-risk industry. Ostrich farming demands a whole of attention and a constant supply of top-quality products. You should also know that ostrich farming is highly capital intensive. It may take about 30 months or more before you can make any profit from this business.

In 2010, the Peddie small-scale ostrich project began in the Eastern Cape. This farming project is overseen by the Klein Karoo Group Transformation Trust. It was remodeled to look like the Kula Sizwe Initiative.

The Kula Sizwe Initiative began in 2003 when 12 farmers took loans from the Eastern Cape Rural Finance Corporation (ECRFC). Soon, the project had grown to 60 farmers in 2015. These farmers were producing up to 10,000 ostriches which is just 10% of the raw material supply needed by Klein Karoo Group.

One of the major producers and exporters of ostrich products in South Africa is Klein Karoo International. After the export ban, the project was halted for a while. As a result of this, there was a reduction in the returns made by small farmers. Despite this setback, this project will continue to be a practical model for other farmers in the country.

Currently, several empowerment programs are underway to ensure that South African farmers indulge more in ostrich farming. The question is who do they sell to?

The target market is dependent on the exact products a farmer produces. Let’s check out a few below:

With South Africa being the biggest producer of ostriches and their products in the world, the business is a very lucrative one. If you have a farm of 20 ostriches, they can produce up to 1,000 eggs in a year.

A thousand eggs translate to about R300,000. This is great but when you have a hatched ostrich chick of less than 2 months, it can cost as much as R7,000. Like we have shown you above, there are so many products that can be gotten from ostrich farming.