Insurance is a not a popular subject of discussion in many circles but it’s something that we will all have to deal with at some point in our lives. It might be to insure vehicles, properties or other valuables. 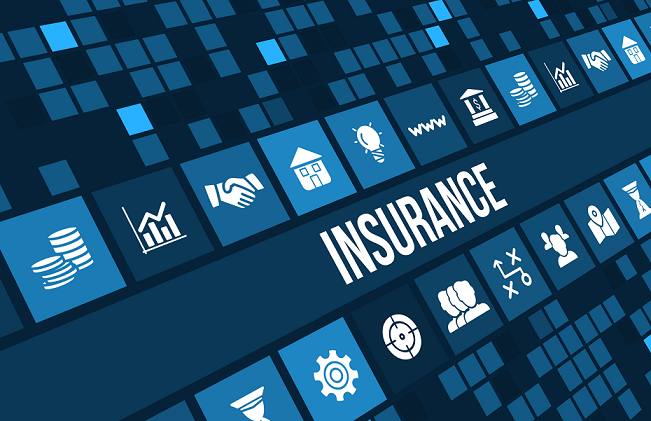 The Hollard Insurance Group was established in 1980 by Robert Enthoven and it consists of Hollard Life Assurance and the Hollard insurance company. The company is located at Villa Arcadia in Parktown and is considered one of the biggest insurance companies in South Africa. The insurer is widely known for the development of selling prepaid insurance in cellphone-like’ starter packs’.

Headquartered in Bellville in Western Cape, Sanlam Insurance is listed on both the Johannesburg Stock Exchange and the Namibian Stock Exchange. It was founded in 1918 as a company that focused on offering financial services. If you want a medium-term insurer, this company is one to consider as they’re the considered the biggest provider in South Africa. The company also extends its business operations to other African countries including Uganda, Zimbabwe, Tanzania, Zambia etc.

Sometimes, using a broker can complicate the process and this is what this insurance company aims to do without. You can use their services without going to a broker as attending quickly to the needs of their customers is one of their cherished values. To achieve that aim, they have put in place a hassle-free claims process and an excellent customer service. The company specialises in medium-term insurance.

This company was established in 1992 and is registered as an insurer for all statutory classes of non-life and life insurance business. It was incorporated by MMI Holdings Limited and is a major part of Guard Risk Group (Proprietary) Limited. Their operations are centred on alternative risk transfer and cell captive business solutions in South Africa.

Fully known as Outsurance Holdings Limited, this company is widely known for their flexible payment structures, free medical tests, a hundred percent of OUT bonus and advanced underwriting. They’re headquartered in Centurion, South Africa while spreading the tentacles of their services to Namibia, Australia and New Zealand. They have built a positive reputation over the years as a company that has maintained its concept of money back for remaining claim-free.

The company got their name from being the insurance company in South Africa to pioneer transacting insurance business through phone lines. The company was founded in 1998 and is based in Johannesburg. The company has three key operations listed under it namely: The BGL Group in the United Kingdom, Tele Surer Investment Holdings Group in South Africa and the Auto & General in Australia.

Established as an arm of Absa financial services limited, this company provides insurance cover for cars, homes and valuables. They opened their doors for business in 1992 and are unlisted as a public limited company. Their head office is located at No. 21 Kruis Street Johannesburg.

Just like their name suggests, this insurance company has some links with Switzerland, existing as one of the operations of Swizz-Based Insurance Group Limited. The Group is renowned as a reputable insurance provider to both local and international clients from several countries. They specialise in medium-term insurance, offering insurance products and services to meet the diverse needs of their customers. Their South African head office is located in Johannesburg.

Fully known as American International Group Inc, AIG is an international insurance company with operations in more than 80 countries including South Africa. Their South African office is located at Sandown Mews West 88 Stella Street, Sandown 2196, Johannesburg. They have been in business since 1962.

The company which was incorporated in 1948 is a subsidiary of African Bank Investments Limited. They run their operations from Johannesburg.

Liberty Mutual Group, more commonly known by the service it offers, is one of the top insurers in the world. The company was established in 1912 as a mutual company that deals on insurance products and services. Although it is headquartered in Boston, Massachusetts, United States, it has its operations spread across the globe in different countries including South Africa. The insurance company is one of the largest insurers on the list.

This insurance company is one of the largest providers of motor vehicle and car insurance solutions in South Africa, financing 1 in 3 new cars sold in the country. With over 40 years of experience under the belt, the company partners with dozens of leading international brands including automotive OEMs, insurance providers and oil companies. The insurer is a part of FirstRand Bank Limited, South Africa.

Old Mutual Insurance is part of Old Mutual Limited, a pan-African investment, savings, insurance and banking group established in 1845. It is located in Sandston, Johannesburg and has a workforce of more than 19,000 employees through the following channels: wealth and investments, cluster personal finance and then old mutual corporate segments.

This public insurance company was founded in 1992, specialising in the fields of financial services and insurance. They offer a variety of insurance products and, like several other insurance providers; they are listed on the Johannesburg Stock Exchange. Their head office is located in Sandston, South Africa.

This insurance company was established in 1966 and has benefitted from diverse mergers and acquisitions. Its most recent merger was in 2010 when the company merged with Metropolitan Holdings to form the MMI Holdings Group with offerings in the area of insurance and financial services. The company is headquartered in Centurion, South Africa and is also listed on the Johannesburg Stock Exchange.

Other Insurance Companies in South Africa

The following are also insurance companies in South Africa: