Planning to invest in a clothing business? A franchise business promises to be very rewarding in many ways, especially when you have done your due diligence to find a proven business.

For starters, a franchise is a better option because it has a higher success rate than starting a new business since you’re essentially replicating a proven brand and system. In addition, owning a franchise means you don’t have to work as hard as you’d normally do with a new business while also leveraging the goodwill of the brand to make profits. It’s a win-win partnership. 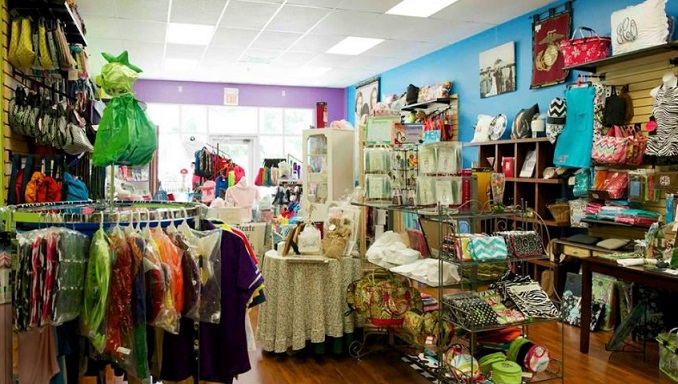 Generally, clothing business is lucrative in every part of the world since people wear clothes regardless of the economic situation. Incidentally, looking good is a priority in South Africa which makes investing in clothing franchise a money-spinning idea.

Looking to explore that model of business? Here is a list of clothing franchises in South Africa.

Founded in 2000 by Hester Kok in Pretoria, Zipp Zone is an upscale ladies clothing that caters to women of all ages, from the young to the mature. Apart from clothing, the company also deals in costume jewellery and other types of accessories.

The brand focuses on providing all types of feminine wears to suit any kind of style their clientele might desire, from looking girly to chic, glamorous and even casual. All of the products are designed and manufactured in their factory and supplied exclusively to their franchises. The brand which has gradually expanded its operations over the years is looking for further expansion nationally via franchising to candidates that fit their requirements.

Kids Emporium was established in 2003 with their first retail outlet in Green Point, Cape Town, South Africa. The boutique stocks clothing only for children and have not done too badly, opening over 33 stores in Africa in a period of 13 years. Leaning on statistics which peg the rate of childbirth worldwide at 131.4 million per annum, the company aims to attract new and existing parents, and turn them into repeat customers.

This goal has made it necessary for the company to stock only cutting-edge ranges to entrench themselves in the market place. While many view the brand as a high end one, Kids Emporium aims to appeal to majority of the target market and have succeeded to a good extent. Looking to be their next franchisee? The brand welcomes qualified candidates who are willing to maintain their stringent quality control.

Unlike others, The T-shirt Warehouse doesn’t function as a boutique; instead, their strategy is to supply large volumes of corporate and customised clothing to companies, organizations, government departments, schools, clubs, and so on. Nevertheless, the concept entertains the idea of a franchise showroom where clients can interface with their franchises.

The company which is the product of a merger was founded by Stoffel and Suzanne Bornman in 2011 to provide a one stop solution to the market. Also, the T-shirt Warehouse is the largest vertically integrated corporate company in Africa with suppliers like Barron, Amrod, Altitude and many others. The company plans to open more branches across the entire South African though the franchise project.

With its history dating as far back as 1960, Lu by Lolita is a leading ladies fashion label founded in South America. The company offers a range of casual and formal outfits to help women look classy, fashionable and trendy. They also deal in accessories like handbags, jewellery, shoes and scarves.

Although their franchise program started in 2001, they made their entrance into South Africa about two years ago and are ready to receive qualified candidates. Franchisees will receive continuous support necessary for a smooth takeoff and running of the outlet, including management assistance, merchandising assistance and quality control.

7camicle is one of the major leaders in clothing franchises in South Africa, having in been in business since 2001. Since then, the brand which was founded by David Hassan has expanded into more than 50 countries worldwide with over 350 franchise outlets. They specialise in shirts that undergo appealing designs, skilled production and a strong sartorial imprinting.

The shirts are for everyone in the family including men, women, children and even pets. One of the key requirements of the brand for franchises is that they must be located in central shopping areas or in main city streets with a high pedestrian flow. To their credit, the concept of the business simple and can be easily duplicated.

Revenge Fashion is a brand that draws on the latest trends n European, American and Australian fashion to provide quality and trendy garments for women of all ages. The young brand has its destination stores in Cape Town’s Constantia Village Mall and the Gardens Shopping Centre.

Revenge Fashion deals in sophisticated, up-to-date and ready-to-wear outfits which are fashionable but also affordable. The brand is offering franchise opportunities to retailers in approved locations across South Africa.

Trappers was founded in 1976 after Rob Topham when he stumbled into a consignment of winter coats in Durban harbour which he sold to battling farmers in Natal Midlands. He was able to sell all the coats due to the cold winter and affordable prices, and then he established the first Trappers outlet in Pietermaritzburg.

The business was sold to Mark and Grant Ponting who expanded it to other locations including Gauteng, Limpopo, North West and Free State provinces. The company is open to receiving applications from candidates who want to establish franchises of the brand.

Next Direct was established in the United Kingdom but now has over 700 stores in several countries of the world. They offer clothing (and footwear) for everyone in the family – men, women, girls and boys – all of which are trendy and are suitable both for formal and informal occasions.

In a bid to discover new markets and market their outfits, the company is calling for qualified people to apply for their franchise. As expected, applicants will be screened to make sure they meet their requirements.