There are many reasons why we all love SUVs and why they are in great demand in South Africa. Most families prefer to go for a sports utility vehicle because it can seat 5 people and even more, especially when they come with third-row seats. They’re also considered to be a safer vehicle compared to others because they’re heavily built and have excellent off-roading capabilities.

We have compiled a list of the 10 best 4×4 SUVs in South Africa to help you decide which to buy. 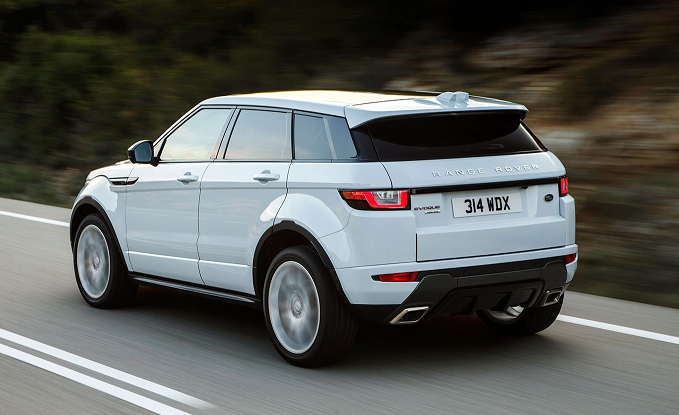 This French car offers a rough and tumble value for money due to its ability to navigate through a range of terrains. It has a chic and conscious design as well as an array of infotainment systems to make riding a pleasurable experience for both adults and children.

If you have an adventurous spirit, this is the car you want to have as its off-road ability is exceptional, little wonder it’s so popular. It is also great on fuel economy but the only downside is that it is only available as a manual but that shouldn’t be a problem if your 4×4 game is sharp enough to keep the small diesel on the boil. It also has a spot detection, descent control, a 4×4 monitor and a multiview camera and many other incredible features.

The newly launched Land Rover New Discovery Sport is one of the best cars you can get in its class, all thanks to its versatility and lovely interior finish. Coming to its off-road prowess, you can rest assured that it is competent across through the rough spot so and is a great bargain for people who want to take it on plenty off-roading trips.

Take a ride in this vehicle and you’d easily see that it is the ideal combination of brains and brawns, delivering a quiet, smooth ride all through.

There are many competitive SUVs out there but if they don’t appeal to you, check out the 4Runner which is one of the exceptional 4×4 from Toyota after they discontinued the FJ Cruiser. Its body-on-frame construction is a rare build that gives it a rugged capability which is why many are attracted to this vehicle.

It has an amazing off-road prowess due to features like its high ground clearance, and available hardware like rear differential, low-range gearing and Toyota’s Kinetic Dynamic Suspension System (KDSS).

This award-winning SUV is one of the best combinations of quality and value in the luxury midsize category launched by the brand to attract buyers who would normally go for other brands.

It comes with a V8 engine to get you around town with ease and a refine suspension as well as a gorgeous interior to keep you comfortable all the away, whether it’s to the supermarket or the great outdoors. Additionally, the cargo area has more space than most SUVs while the MSRP is significantly lower than contenders in its class.

Since their foray into the B-segment crossover market, Jeep has continued to manufacture vehicles that can give vehicles like Nissan Juke and Kia Soul a run for their money. The latest edition comes standard with a 180-horsepower, 2.4-litre four-cylinder engine and nine-speed automatic transmission, all of which indicates that it’s a great choice for some real bundu-bashing.

It also has a user-friendly infotainment system as well as an off-road performance that’s unrivalled by any other subcompact SUV due to its litany of features like skid plates, increased ground clearance and so on.

Want a chic iconic miniature off-roader? Over 20 years after they came into existence, Suzuki has launched a SUV that exudes charm and capability. It comes with a new design to maintain its attractiveness while its 1.3 engine has been replaced by a new 1.5-litre unit which can work incredibly when speeds climb.

It has a decent-sized boot, chunky tires and an off-road prowess that can handle a variety of tough terrains including deep ruts, steep hills and muddy water splash. Apart from tackling off-roads which it does perfectly, you can also use it for carting kids to schools and driving on the highway.

Boasting a 3.2-litre four-cylinder turbo-diesel engine and a 10-speed automatic, the Ford Ranger XLT is an attractive 4×4 SUV for buyers who would like to have a truck for their needs.

It has a spacious interior wide enough for three on the rear as well as standard safety specs like six airbags, stability and traction control, trailer way control, tyre pressure and so on. The new engine is quieter and smoother when on the road and you’re unlikely to have issues climbing desert hills and playing in the sand.

The Volkswagen Amarok looks attractive but beyond that, it has a toughness that makes it capable of handling even the roughest terrains, making it ideal for conquering the country’s landscapes and work days.

It comes with 255bhp, 3.0-litre V6 turbo-diesel engine that can handle your needs without any worries about high consumption. The interior comes with plenty space to stow your belongings and an array of driver-assistance features to ensure the safety of the vehicle.

So far, the SUVs above have been mostly for going off-road but if you want a big and brawny 4×4 SUV without any off-road intention, consider the Chevrolet Trailblazer. The stylish vehicle comes with two engine options: a base 2.-litre motor with 163hp and 380Nm and a 2.8-litre unit with 200hp and 500Nm. It also comes with plenty safety and luxury features you would expect from a vehicle in its class.

The Patrol is Nissan’s top-tier SUV and is specifically built for buyers who are more concerned with what a car can do than how it looks. It has a responsive 5.6-litre V8 petrol engine with seven-speed automatic, but these are not all of it.

The vehicle has an effortless terrain-conquering ability that allows you traverse the trickiest mountains and wade through deep waters without giving you a moment’s disappointment.