Bentley is recognized the world over as one of the top luxury vehicle companies. The cars produced by this company are exquisite in design and powerful in performance. This is why we are not surprised that you want to learn about the prices of Bentley cars in South Africa.

Whether you are planning to buy a Bentley or you just want to gain some knowledge about the company, this post will be helpful. By the time you are done reading, you will have sufficient information about Bentley in South Africa and a bit of history too. 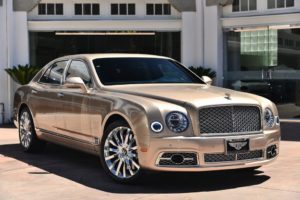 In this section of this post, you will see a list of the different Bentley models in South Africa and their prices. This should act as a guide in making your choice of model.

A bit of information about Bentley

From the onset, Bentley has had one major objective which is creating extraordinary cars for an extraordinary set of people. To this end, the company has always been forward-thinking.

The first Bentley car, a 3-liter engine, came to life on Baker Street in London in 1919. Since then, there has been a continuous drive to surpass existing achievements and inventions. Customers of this exotic brand have always bought into the vision of pushing boundaries.

The company celebrated its hundredth year in operation in 2019. To date, it is waxing ever so strong as one of the frontrunners in the luxury car industry.

Some facts about Bentley you should know

Here are a few facts about Bentley you should know:

Now you have an idea of the different Bentley models in South Africa. We have also provided you some other key pieces of information about this company known for producing exotic fast cars.