Balenciaga shoes, also known as sneakers, tennis shoes or trainers, are exorbitantly expensive. With some of them going for as much as $950. The Balenciaga brand name is a luxury-brand name just like Gucci, Versace-it’s like the more you spend on it, the doper it’s got to be. Brand names make people feel important and able to show off.

Prices of Balenciaga in South Africa

Here is a list of some of the Balenciaga shoes in South Africa and how much they cost:

Let’s talk a bit about the history of Balenciaga. Balenciaga has been around since 1917. Balenciaga was founded by Cristobal Balenciaga and he opened his first boutique in San Sebastian, Spain.

After his first boutique was opened, two more branches were included in Madrid and Barcelona. Balenciaga’s designs were often seen more among the Spanish Royal Family and the Aristocracy.

Balenciaga’s reputation, through the last century, has been based on uncompromising standards. Cristobal Balenciaga was, said Christian Dior, “the master of us all.” Balenciaga is part of the Kering Group, which also houses Gucci, Saint Laurent, and other elite brands.

Balenciaga has recently taken the No. 1 spot, displacing Gucci. It was reported that 50% of its sales were as a result of 65% of their consumers being millennials.

Who was Cristobal Balenciaga?

In 1895, Cristobal Balenciaga was born in Getaria in the Basque region of Spain. His mother was a seamstress for the wealthy and often some of the royal family. Balenciaga learned early how to sew while he accompanied his mother to work.

His first client, at the age of twelve, one of the most prominent nobles chose him for her fashion. She sent him to Madrid to further expand his talent. He is known as one of the very few designers of his era who created his designs by his own hands.

Cristobal Balenciaga became a couture genius at the age of eleven, learning how to sew with the help of his mother. By the age of twelve, he joined a tailoring firm and began professional training. At age twenty-four, Cristobal Balenciaga had made a name for himself and opened his fashion house in the year 1917.

He then moved to Paris when the Spanish Civil War forced him to close his stores in the mid-1930s. The young designer opened his first couture house in 1937 and participated in his first fashion show. His clothing designs were heavily influenced by the Spanish Renaissance and gave him immediate success.

Balenciaga has always been a game-changer. In spite of the trends of his time, Balenciaga always went the opposite direction, creating new designs and changing the fashion market trends. Some of his notable designs of the era are the egg coat, the semi-fitted suit, and the peacock tail dress. He just wanted women to look good and feel beautiful.

His consistency and skill earned him the name “The King of Fashion.” He is also known as the greatest mastermind of the fashion of his era.

Balenciaga created a wedding dress for the Queen of Belgium who later donated the dress to the Balenciaga Foundation.

Balenciaga is known for its avant-garde designs and creating new trends in the fashion industry. The brand keeps pushing the envelope in designs further and further than ever before and turning fashion into art.

A very recent example of this is the Balenciaga $700 sock-with-a-sole which became the hottest sneakers in fashion in 2017. It was mainly known as The Speed Trainer, but the nicknamed “sock-with-a-sole” sneakers had so many top companies joining its trend. For instance, Zara made a very similar design for a price as low as $70.

One of Balenciaga’s very expensive items is its 9,000-dollar coat that was released in March 2018. The seven-layer oversized parka coat, which does not look all that glamorous is made of several different layers. It is a combination of a jersey hoodie, a plaid shirt, a drawstring hood, a fleece shirt, and other components.

A more recent Balenciaga trend is the Balenciaga Triple S for Men. It is an American style oversized trainers, made of nubuck and meshes. A complex durable stacked midsole with a rounded toe and embroidered shoe size at the tip of the toe. Most of its variations come with dual-color laces.

The 995-dollar Balenciaga Strike 20MM Boot that can only be pre-ordered and will be available to be shipped by February 28, 2020, has already sold out.

The Balenciaga shoe models, Balenciaga Triple S, and The Speed Trainer are famous for their high price and demand. When products are this pricey there are usually so many counterfeits.

Buyers are left with the challenge of identifying original from the numerous fake releases. Potential users can differentiate between fake and real Balenciaga shoes by closely observing certain features.

Some of these include the lace holes, logo embroidery, the back of the shoes, the shape, and the stitches. Others include the containing box and the dust bag, the insole, the sole, the tongue text, and finally the colors before paying for products.

Users are advised to look up models of products they would like to purchase online for tips on how to check authenticity.

It is good to look out for features that reveal fake products, but it is better to buy from official retailers of high-end goods. The chances of fraud are reduced since retailers already have a reputation they would not want to tarnish.

Buying from such retailers will ensure the return of bad or rejected goods. This will ensure a money-back guarantee, and the products displayed will be shipped to buyers.

One of the well-known official retailers of Balenciaga products is the Balenciaga Boutique. Their online store showcases numerous Balenciaga wares, both pre-order and available.

Now you know how much it costs to get a pair of Balenciaga shoes in South Africa. Balenciaga was the “Most Searched Brand” in 2018, and the top-selling brand in the Kering Group. That says a lot about the Balenciaga brand, its products and consequently its shoes. 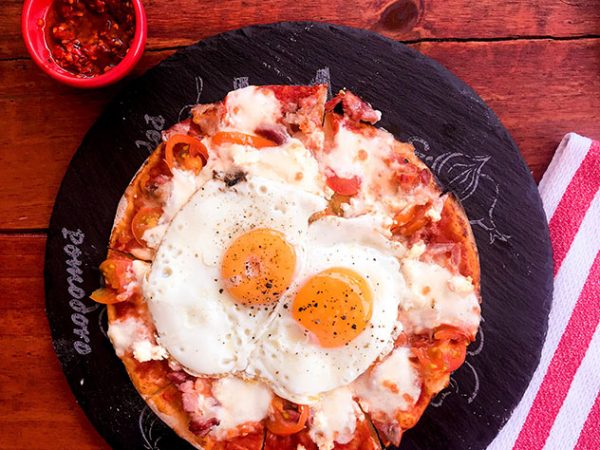