Not everyone has it easy with having children even though most people have a dream of having their own kids. The fact that you have not been able to conceive is no longer a problem these days. There are several methods of conception these days.

One such method is artificial insemination. The general myth about this process is that it is costly. If you are in South Africa, you can visit any of the fertility clinics to get this procedure done. 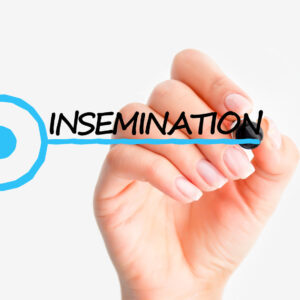 We cannot hide the fact from you, artificial insemination is an expensive process. Prices in different countries vary but the fertility industry in South Africa is very credible. In fact, many internationals visit South Africa for fertility purposes.

Depending on several variables, prices may vary from one couple to another. Each couple is peculiar even though the main aim is to have a child. You also have to consider if the sperm is from a donor or the male partner. These are just a few of the variables that act as determinants in the process and its price.

What is artificial insemination?

We will try to be as simple as possible with the definition of this phrase. Artificial insemination a process that involves the introduction of semen to the womb of a female with the aim of treating infertility.

The process was first developed as a means of breeding livestock. However, considering the success rate of the process, it was introduced to aid with infertility issues. The process is also known as intrauterine insemination, as this is the most common process used.

Why should you use artificial insemination?

This procedure can be of benefit to you and your spouse in a variety of ways. According to the Centers for Disease Control and Prevention, it is suggested that a woman should visit a fertility doctor if:

It is also recommended by doctors that any woman who has two or more miscarriages that occur spontaneously, she needs fertility treatment.

Artificial insemination also helps in providing a solution to the following medical situations:

Prior to the treatment, it is advised that a man has some of his sperm frozen for future use. This will be needed if there is a need for artificial insemination in the future. Let’s not leave out the fact that in some cases, doctors may recommend this procedure if there is no clear reason for infertility.

Preparing the sample of semen

As we mentioned earlier, the semen can be collected from the male partner or from a donor. A donor may be needed when a male partner is not capable of providing the needed semen. It is also an option when a woman is single and wants to have a child, or for women in a same-sex relationship.

In the case of a donor, the needed semen is collected from a sperm bank. Before a specimen is used, it has to run through several tests.

If the semen specimen is collected from the male partner, it may be collected through any of the following methods:

Even though artificial insemination may be a great way of attaining your dream of getting children, there are a few risks. We will discuss a few in this section.

Artificial insemination is a great solution to infertility and it is quite affordable in South Africa. We have told you about the factors that affect the price of the procedure. You have also learned about the complications that could arise from the process.